Wanted all new and second hand plastic model kits.
All makes including Airfix, Revell, Tamiya, Italeri, Hobby Boss, Matchbox, and all other makes.
Small or large collections bought for on the spot cash.

Due to continued success of our website we need to buy in more collections than ever before.  We want to buy all those models that have lived in your lofts, garages and spare rooms for years that you know will never complete.

If you are looking to clear out some of your stash to free up some money or living space then please contact us with a list of what you are looking to sell and we will get back to you as soon as we can with an estimate on the price we will offer which is negotiable. We can handle any size
collection from 10+ to 1,000's of items.
Please note we can only accept complete kits and not kits that have been started. 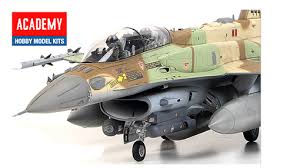 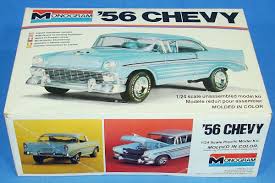 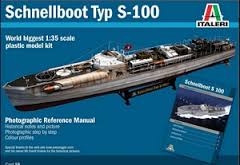 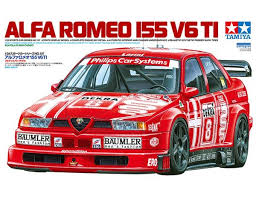 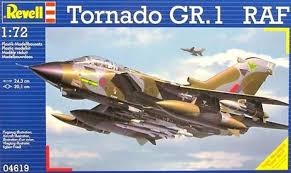 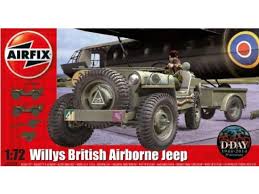 We buy all complete plastic model kits.  New and second hand, old stock and collections, also bankrupt shop stocks.  As long as they are complete with decals and instructions.
On the spot payments upon an agreed price.
​We buy all scales from 1:8 scale upwards.
You may have these kits stowed away in the attic, so why not dig them out and give us a call.  Please no started or incomplete kits thank you.

We have come across many unusual makes of kits over the past few years.  Many made in the old eastern European ex communist states.  These are quite un common and though rarer are of a lower quality, especially the packaging which can be often flimsy and therefor do not travel too well in our postal system.

From experience, apart from British made kits we find that Japanese model kits are of very fine quality for example Taamiya, Hasegwa.

From Wikipedia, the free encyclopaedia.

Revell is the brand name today of two famous manufacturers of scale plastic models. The original American company eventually merged with Monogram, but now trades only under the Revell name. In 2007, American Revell was purchased by Hobbico. European Revell Germany separated from the American company in 2006 until Hobbico purchased it - bringing the two back together again under the same company umbrella.

Airfix was founded in 1939 by a Hungarian businessman Nicholas
Kove, initially manufacturing rubber inflatable toys. The brand name
Airfix was selected to be the first alphabetically in any toy catalogue. In
1947, Airfix introduced injection moulding, initially producing pocket combs.
In 1949, it was commissioned to create a promotional model of a Ferguson TE20 tractor. The model was initially moulded in cellulose acetate plastic and hand assembled for
distribution to Ferguson sales representatives. To increase sales and lower
productions costs, the model was sold in kit form by F. W. Woolworth's retail stores.
A few years later in 1954, Woolworth buyer Jim Russon suggested to Airfix
that they produce a model kit of Sir Francis Drake's Golden Hind, then being sold in North America as a 'ship-in-a-bottle'. The kit would be made in the more
stable polystyrene plastic. In order to meet Woolworth's retail price of 2
shillings, Airfix changed the packaging from a cardboard box to a plastic bag
with a paper header which also included the instructions. It was a huge success
and led the company to produce new kit designs. The first aircraft kit was
released in 1955, a model of the Supermarine Spitfire, in 1/72 scale, developed by James Hay Stevens.[2] This was a scaled down copy of the Aurora 1/48 Supermarine Spitfire kit. Kove initially refused to believe the product would sell and threatened to charge the cost of the tooling to the designers.

We are looking for all complete un built collections from vintage to modern.  all scales accepted.  Boats, ships civil aircraft, military aircraft, spaceships, Tanks Airfix Cars,  and all other models.  As long as they are boxed and complete.

The company was founded in 1946 as Tamiya Shoji & Co. (Tamiya Company) by Yoshio Tamiya (15 May 1905 - 2 November 1988) in Oshika, Shizuoka City. It was a sawmill and lumber supply company.[1] With the high availability of wood, the Mokuzaigyou Company's wood products division (founded in 1947) was also producing wooden models of ships and airplanes, which later became company's foundation. In 1953, they decided to stop the sale of architectural lumber and focused solely on model making.

In the mid-1950s, foreign-made plastic models were beginning to be imported and wooden model sales were decreasing, so in 1959 they decided to manufacture plastic models. Their first model was the Yamato. However, Tamiya's predecessors had sold Yamato models at 350 yen. By competing, Tamiya was at risk to get into the red by setting their price the same. However, they could not recover the cost of producing metal molds, so once again, they changed their products to wooden models, but at that time the model trade's tide was turning toward plastic models.

The company was founded in 1962 by Giuliano Malservisi and Gian Pietro Parmeggiani. Since childhood, they had loved airplanes and military vehicles, but were not satisfied enough with the scale models on the market available at those times. They began to produce models themselves, first as a hobby, and later turning it into a business.[1]

The first name of the company was "Italstamp" and the first scale model kit was released[when?] with the brand "Aliplast", a 1:72 model of the Italian fighter Fiat G.55. The company name changed[when?] to "Italaerei" and, ten years later, it was contracted into "Italeri", easier to use and to pronounce not only in Italian language. The logo consists of an airplane silhouetted over two red and green stripes.

The company, located close to Bologna, started to produce product lines characterized by a certain “uniqueness” on the subjects. In particular Italeri used to have a wide range of Italian subjects. During its lifetime Italeri has also acquired the Supermodel and Protar brands

The Hasegawa Corporation (株式会社ハセガワ, Kabushiki Gaisha Hasegawa?) is a company that manufactures plastic model kits of a variety of vehicles, including model aircraft, model cars, model ships, model armor, model space craft and science fiction kits. Based in Shizuoka, Japan, Hasegawa competes against its neighbor, Tamiya, though it does not have as large a line of products.

Primarily using polystyrene, Hasegawa kits are typically regarded as very accurate, but without quite the ease-of-assembly that Tamiya kits offer, though of very high standard nonetheless. Currently, Hasegawa kits are imported into North America by Hobbico's Great Planes Model Distributor division. Hasegawa ended their long-time agreement with Dragon Models Limited for US distribution in early 2010. Hasegawa also imports Revell kits into Japan and sells them under both the Revell brand and its own brand label, and Revell frequently re-boxes Hasegawa kits for the European and North American markets.

Lacking their own lineup of paint products, Hasegawa kits come with instructions that specify the use of Gunze Sangyo products, most notably paints in the GSI Creos brand. This is in contrast to Tamiya, who specifies the use of its in-house brands.

Hasegawa is noted for releasing a large number of minor variations of their major products, often adding or modifying a small number of parts, or only changing the decals for the kit. This strategy allows them to maximize their return on their investment in kit tooling quicker, as such minor variations cost little to produce compared to the cost of manufacturing the original. Most such variations are usually only released once.

History[edit]In 1941, the Hasegawa factory opened as a manufacturer of wooden teaching materials, such as a woodwork models. It entered into the plastic model field in 1961, with its first plastic model "glider" airplane models. In the following June 1962, the "1/450 battleship Yamato" was released after high development costs and became a success with about 150,000 units sold in the same year, and continuing success in the following years. The profitable line of 1/90 F-104 Starfighter and 1/70 P-51 Mustang model kits became the turning point which prompted Hasegawa to turn away from woodwork models and to plastic models completely.

Frog was a well-known British brand of flying model aircraft and scale model construction kits from the 1930s to the 1970s.

Founded in 1931 by Charles Wilmot and Joe Mansour, International Model Aircraft Ltd. (IMA) originally used the Frog brand name (said to stand for "Flies Right Off the Ground") on the Interceptor Mk.4 semi-scale rubber-band powered flying model, launched the following year. Also in 1932, a marketing partnership with the toy company Lines Bros Ltd. was formed and other Frog brand flying models followed. In 1936, a range of 1:72 scale aircraft models in kit or pre-built form, moulded in cellulose acetate, was launched under the Frog Penguin name (alluding to the non-flying nature of these models). These were the world's first plastic model construction kits. An early release was the No.21P Empire Flying Boat, issued in 1938.

During the Second World War, the company produced flying models for target purposes and 1:72 scale aircraft recognition models. The Penguin range was dropped in 1949 but a new range of Frog polystyrene kits was introduced in 1955. A wide variety of aircraft, ship and car subjects in various scales were issued during the 1950s and 60s, 1:72 scale being standardised on from 1963 onwards for aircraft models.

Production of scale and non-scale flying models continued into the early 1960s.

Frog's 1:72 lineup by the 1970s including a large number of lesser known aircraft types that were not available from any other manufacturer at the time

Dragon was established in 1987, as a sister company to model retailer Universal Models Limited (UML), to manufacture plastic model kits according to its own designs, so that UML would be less reliant on imported products. For the next decade Dragon focused only on models of military vehicles. It later began to share distribution agreement with model companies of other countries, so that their products could be exported worldwide. Since its founding it has released more than 1,000 items.[1]

In 1997 Dragon diversified into other model fields. It started manufacturing a line of 1/400 airliner models called Dragon Wings, which is now one of Dragon's most important series. In 1999, Dragon introduced its styrene, 1:6 scale New Generation Life Action Figure series. The series currently encompasses more than 600 releases.

To capitalize on the success of Dragon Wings, Dragon introduced the Warbirds in 2002. A line of 1/72 scale diecast fighter aircraft, the series included both World War II and modern day planes. In 2003 Dragon began to manufacture 1/72 die-cast tank models to accompany Warbirds, marketed with the label "Dragon Armor".

As a military model maker, Dragon is distinguishable from other makers in that Dragon often has most number of parts, i.e. catering toward top end experienced modellers, rather than beginners.[citation needed] However, Dragon is also trying to appeal to the more casual audience through its current release of 'Smart Kits'