GREAT BRITAIN QUEEN VICTORIA THE WORLDS FIRST POSTAGE STAMP WAS THE 1840 1D ONE PENNY BLACK STAMP
LINE ENGRAVED. SG 1 - SG 3.
Get your penny black stamp plated for free.  Send me a 600 dpi scan, and I will plate it for free.
Please note some stamps cannot be plated because the postmarks obscure some of the detail needed to plate them.  Use the email address in the contact me page 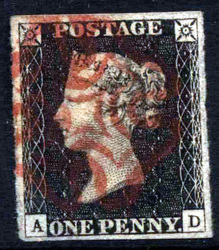 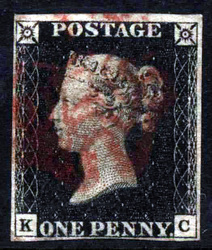 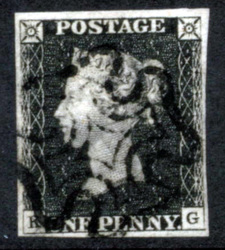 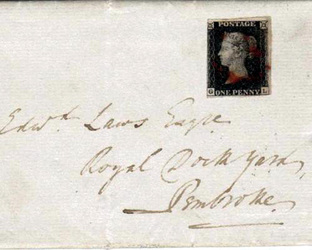 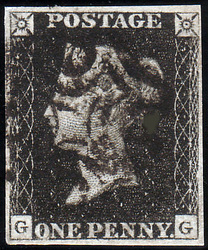 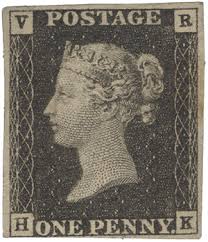 The world's very first adhesive postage stamp was the 1d One Penny Black.  Printed by  Perkins_Bacon.  Officially issued on the 1st May 1840 for official use from 6th May.  The penny Black was issued as part of Sir Roland Hill 1837 postal service reforms. There were 286,700 sheets with a total of 68,808,000 stamps printed.  So by no means is the stamp rare.  Plate 11 is rare as this plate was to be used for the new penny  red stamp, but a few were printed in black.  Rarest is the first penny black official with V and R printed in the top corners instead of the usual stars.  Intended for official use only.
There were 12 plates used to print the stamp. 1, 1a, 2, 3, 4, 5, 6, 7, 8, 9, 10, and finally plate 11, the rarest plate as fewer were printed.
Plate 1a is as plate 1 but was re-engraved because the plate was not hardened enough and wore very quickly.  This stamp is easier to identify because of this plate wear and appeared to be greyish in colour.  The printing was done on a printing press designed by Jacub Perkins which was designed as early as 1819.
All the stamps are unique, and can be identified by individual characteristics such as varying lengths in the rays at the top left and right stars.  These are known as ray flaws.  i.e. the 10 o'clock ray flaw.

The bottom corners had their letters hand punched in the left and right squares, and were punched as near to the centre as possible.
This can help identify the stamps, as no two letters were punched in exactly the same place.  Letters used were A to T.  i.e. aa position top left then ab ac ad to al, and so on down to ta to tl.  In total 240 stamps per printed sheet.
All these stamps were imperforate and had to be cut out of the sheet by the postmaster.
All stamps had a watermark of a small crown.  Occasionally the prepared watermarked sheets were put through the press the wrong way around;  this would produce an inverted watermark.  Rarer and more valuable stamps.

Penny black value, values vary considerably according to condition and the plate number.  Plates 8, 9 10, and 11 are of more value as they are rarer.
Condition is very important.  Penny blacks with 4 margins are sought after.  A 4 margin stamp with just clear margins is fine used, one with 4 good to large margins is very fine used, and one with 4 very large margins is superb used.  Note that these are all without faults like tears or thins and with a neat cancel.  Plate 11 is rare as it was mainly used to print the new 1d one penny red coloured stamp.
There is a very rare Penny Black stamp issued for official government departmental use and the check letters were V R. in upper top corners instead of the usual ray stars.   But watch out for forgeries.  See picture above....
​Number of each plate issued is as follows.....


Cancelations of the ID black.

All these stamps were obliterated (cancelled) with a postmark
(Maltese Cross) to ensure they were not reused.  This affects the value greatly as mint stamps  are more valuable for these early issues.
The penny black was obliterated by red Maltese Cross in most cases, and then it was decided to use black as the red ink could easily be removed, other colours were used and this makes them more valuable. Colours used were.
Penny Black..  Red Black Blue Magenta Yellow violet and White.
2d Blue.. Red Black Magenta and Blue.
1d Red..Black blue green yellow Red Olive-yellow/brown and violet.
PLATING THE PENNY BLACK IS DIFFICULT BUT NOT IMPOSSIBLE.  HERE IS A FEW HINTS AND A USEFULL WEBSITE TO HELP.

As mentioned previously there was 12 plates 1 1a to plate 11.  all plates used the bottom corner squares to punch letters in; this was a security measure to help stop unfranked stamps being used again.  Letters used were A to T.  These letters were all hand punched onto the plate.  This is one of the mail forms used to identify the plate number.  Every letter punched was in varying positions within that square.  It would have been impossible to get all the letter positions exactly in the same place.
Other methods used are the top right and left squares which had stars engraved in them, which again varied throughout the plate.  Also on the leter plated the "O" flaw appears on the one of one penny, bottom of the stamp.  This was caused by plate wear.  Plates 7 to 10 only.  Frame lines also varied and sometimes these extended beyond the stamp borders.  A great tool to use is either printed material which is sometimes hard to obtain.  Alternatively I use the web site.... The penny black plating project.
http://www.maltesex.com/plating/
Every plate and position is shown on this website. 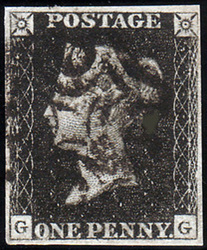 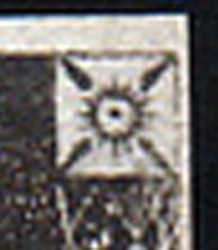 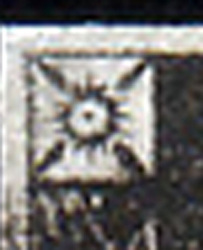 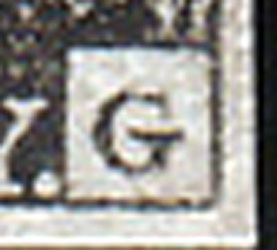 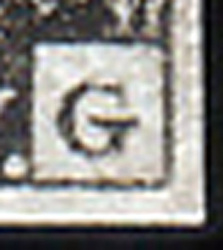 For Further Reading From Wikipedia, The Free Encyclopedia Click Below