WANTED DIECAST  MODELS ALL MAKES AND SCALES, PREFERABLY BOXED BOTH VINTAGE AND MODERN

All-originals are buying right now all collectable items from stamps to Dinky Toys.
We have an expert available now for a free valuation with no obligation to sell.  On all your collections.  Immediate payment is available upon agreed price.

WE ARE BUYING AND WANT ALL MAKES

Search this page for diecast model makes
FORCES OF VALOR

​These are superb models of top quality and very fine detail.
The price for these is ever on the up and one to buy at present.  There are 2 main scales.  1:32 and 1:72, the best one to collect is 1:32 scale and these command the better price.
​The better ones to buy are the Kuwait 1991 gulf war models.


Corgi Classics are a very good model and as a second hand mint boxed with certificate item we feel they will be a good investment long term.  Note it is important to keep them complete and do not display them, this will devalue them.  always keep all the inside packaging.   Keep them in a dry cool place.  Not the attic.  And in years to come will be more valuable than now.  Most models can be bought on Ebay for less than original cost.  Although they are made in China we feel the quality is much better that say, Daysgone, models of yesteryear, etc.

So please remember to keep the boxes, all inserts and packaging in a dry clean safe place.  This is vital if you wish to sell in the future.  There  is a vast difference in prices for unboxed and boxed diecast toys when you sell them.  Even better is to leave them sealed unopened.  Never store in an attic or a damp place.

Franklin Mint is a diecast model to look out for as a future investment.  The Company has made many models which are fine.  These models are precision made and of very fine detail.  Made in more than one scale.  Therefor there is a limited supply out there of the earlier models.  Prices are quite low at the moment on ebay and I would suggest that you look to these as a future investment item.  (not guaranteed by me).

When collecting and valuing diecast models, condition is vital. Boxed is preferred and un-played with. This is known as mint in box, MIB, and fetches premium prices. This can be expensive, but is worthwhile. Below is a comprehensive list of manufacturers of such vehicles.

Most modern diecast models are no longer manufactured in the UK and mainly made in the far east China, etc.  The quality has suffered, but this makes them more affordable to the modern collector.

Days Gone Lledo and Models of Yesteryear are prolific and it is doubtful these will ever increase in value.  Most sell on ebay for less than the purchase price from as little as 50p to £1.  There are exceptions to this.  Lesney models of Yesteryear which were made in the UK are more sought after as MIB.  These look like the early Matchbox models in the original packaging and have some but not a huge value and vary in price..
​We have stopped buying these models and would suggest you put them in a local general auction.  We also donate these to our local charity shop.

VANGUARDS LLEDO (CORGI)
Vanguards are no longer in production and will be a model to keep for the future. (mint boxed with certificate and mirrors)
Initially made in the UK production was moved to China in the early 1990's.  However the quality still remained about the same.
​Some models are quite rare and command a good internet price on Ebay.
​Watch out for this make as it will be a long term investment if bought at the right price.


Dinky and Corgi are without doubt the most desirable and valuable early diecast models to collect.  Perfect un-restored mint in the box vehicles can, and do fetch many £100's and are fantastic to collect.  Though very rare they are still available on ebay, but they are not cheap and fetch the market price.

Modern Dinky and Corgi from the 1980's onward are more valuable mint in the box.  Unboxed are worth much less and rarely sell for more than a few £'s.  So always if you display or collect these, keep the boxed in a safe dry environment.

Vintage models are very often without their boxes and keep their value.  Reproduction boxes are available at toy fairs and on ebay.  Dinky toys were introduced in 1931 by Frank Hornby the maker of Meccano.  The first car produced was based on the MG sports car.

Brumm is a diecast collectible model company that makes automobiles and carriages in metal. It is based in Oltrona di San Mamette, southwest of Lake Como, Italy, and about 25 miles northwest of Milan (Johnson 1998, 32–33). Models are almost exclusively produced in 1:43 scale.

Veteran collector David Sinclair reports that Brumm was started in 1972 by Reno Tattarletti of the family concern that started RIO Models (some say it was a brother-in-law of the Tattarlettis; see Levine 2009; Sinclair 1979, p. 389; Sinclair's 1975 and 1978). Rio Models, in turn, had earlier begat Dugu Miniautotoys to produce models for the Turin auto museum.

The new company was formed with the help of a couple of associates who had already been making miniature horse-drawn carriages (Force 1992, 106). Brumm thus started producing miniature vehicles in Oltrona di San Mamette about seven miles from where RIO was located in Cernobbio. Neither the RIO nor the Dugu connection is discussed in the company history on the official Brumm website.

Spot-On models was a range of diecast vehicles from Tri-ang, a division of Lines Brothers, which had been established as a toy maker in 1935 (Johnson 1998, 230). The Lines Brothers made just about everything toy related, from push-along and rocking horses in the first decades of the 1900s to their main staple of trains (King 1986, pp. 118,121). After World War II, Lines Brothers claimed to be the largest toy maker in the world.In the 1950s, Dinky Toys from Liverpool, had developed a successful range of vehicles and then in 1956 Corgi Toys, made by Mettoy, were marketed. Not wishing to miss out on a commercial opportunity, Lines Brothers started its own range in 1959 – made in its factory in Northern Ireland. Murray Lines was put in personal charge of a uniquely British model selection.

The factory had been built in the Castlereagh area of Belfast just after World War II when the Lines Brothers expanded (another factory in southern Wales was opened at the same time (Hammond 1993, p. 9; Hammond 1998, p. 477). At various times, this factory produced several ranges of toys for various names within the Lines Brothers' group, including Pedigree Soft Toys Ltd., Rovex Industries Ltd. and Lines Brothers (Ireland) Ltd. (Buising website; Hammond, 1998, p. 17). About 1960, a smaller factory was opened on the grounds of the Belfast site – specifically for the Spot-On range (Buising website; Hammond 1993). There were three main product ranges: Spot-On cars, Spot-On doll house furniture, and Arkitex construction kits


Corgi Toys   (trademark) is the name of a range of die-cast toy vehicles produced by Mettoy Playcraft Ltd. in the United Kingdom. The Mettoy (Metal Toy) company
was founded in 1933 by German émigré Philip Ullmann in Northampton, England, where he was later joined by South African-born German Arthur Katz, who had previously worked for Ulmann at his toy company Tipp and Co of Nuremberg. They decided to market a range of toy vehicles as competition to Meccano's Dinky
Toys model vehicles, which had dominated the British market for many years. Corgi Toys were introduced in the UK in July 1956 and were manufactured in Swansea, Wales, for twenty seven years before the company went into liquidation.

The range was exported worldwide and sold in large numbers. Some of the best
known and most popular models were of cars made famous in film and television
such as the Batmobile, Chitty Chitty Bang Bang and James
Bond's Aston Martin DB5 – which remains the largest selling toy car ever produced. Although the largest single vehicle type featured in the Corgi Toys range were models of cars from manufacturers around the world, this article sub-divides vehicles into genres, wherever possible, to allow a more detailed look at the variety of models produced by the company.

Tether Cars are model racing cars powered by miniature internal combustion engines and tethered to a central post. Unlike radio control cars, the driver has no remote control over the model's speed or steering

The little cars are powered by a non-radio controlled model aeroplane engine, (
two stroke, glow plug, piston liner, etc  and run on fuel supplied by a fuel
tank within the car.

Tether cars were developed beginning in the 1920s–30s and still are built, raced
and collected today. First made by hobby craftsmen, tether cars were later
produced in small numbers by commercial manufacturers such as Dooling Brothers (California), Dick McCoy (Duro-Matic Products), Garold Frymire (Fryco Engineering) BB Korn, and many others. Original examples of the early cars, made from 1930s to the 1960s, are avidly collected today and command prices in the thousands of dollars.

Minichamps is a die-cast car producer founded as Paul's Model Art GmbH in 1990 in Aachen, Germany, best known for its 1:43 scale models. The company grew out of the Danhausen trade catalog of miniature vehicles and specially made Danhausen diecast releases during the 1970s.

These models are of better quality than most produces in this era and indeed  to this day.  Well packed and presented.  They command a higher price when selling on Ebay compared with other similar models.  Presentation is a factor.

Many of the other makes are and will be more valuable and collectable as time moves on.

Did you know that Lledo
came about from the model designers name Odell spelt backwards.?

Reproduction boxes for Dinky Corgi Spot On look good at a distance, but on close inspection they do not fit the bill as only original ones are suitable for the purist. original boxes especially for the larger toys fetch huge prices when sold on eBay etc.  Also models that have been refurbished or restored may look good but never realise the same price as original ones.  If I were a collector I would only buy original material.

Lledo was a brand of die cast toys, founded in 1982 by Matchbox co-founder Jack Odell and Burt Russell (see Co-founder 2007). The factory produced diecast vehicles in Enfield, England from 1983 to 1999. Models were later made in China. Lledo was a reversal of Odell's own surname, a mnemonic device from war days in the African desert so as not to forget his wireless call sign.

Although shipping high volumes of product, the company could not compete against low cost producers from Hong Kong and China who also entered the special promotions market with high quality products. As a result, Lledo went bankrupt in 1999, and the naming rights and model range were bought by Corgi which continued producing Lledo models in China until 2005, when the remaining models were merged into the Corgi Classics range.

Jack Odell died on 8 July 2007 at the age of 87.  His venerable Lledo range was among the last (if not the last) mass production diecast manufacturer to make its products in the British Isles (or the last within Europe for that matter

Dealers that sell at toy fairs usually charge top prices for all models and will sit on the stock until they sell.  One big advantage of these fairs over buying on the internet is you get to see and examine the models before parting with any cash.  Although with ebay you have the advantage of the buyer protection policy which gives you right to return any product without any problems and instantly refunded upon return of the ebay item. 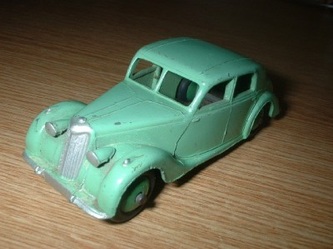 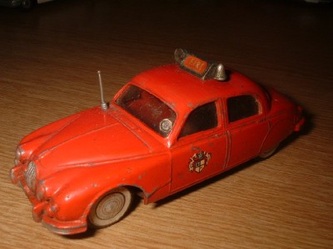 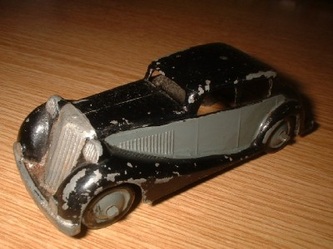 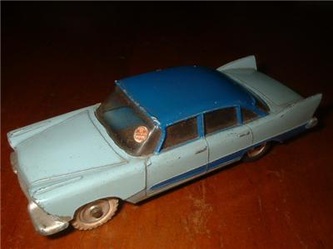 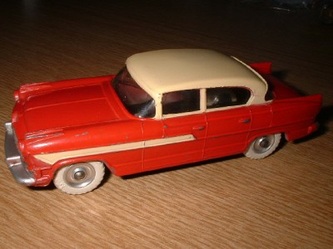 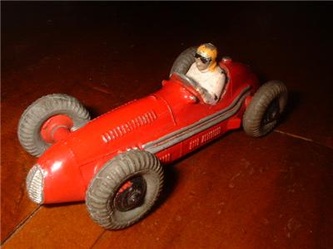 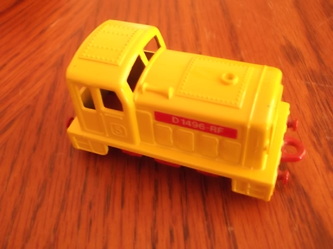 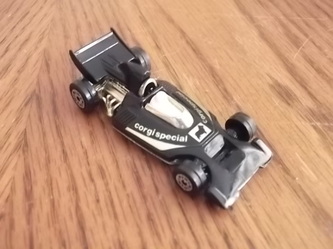 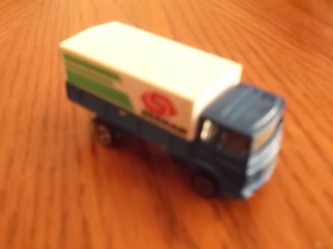 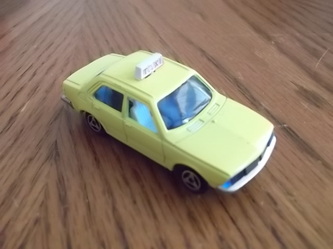 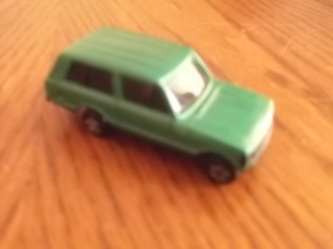 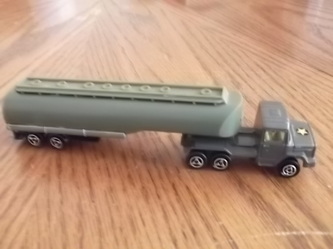